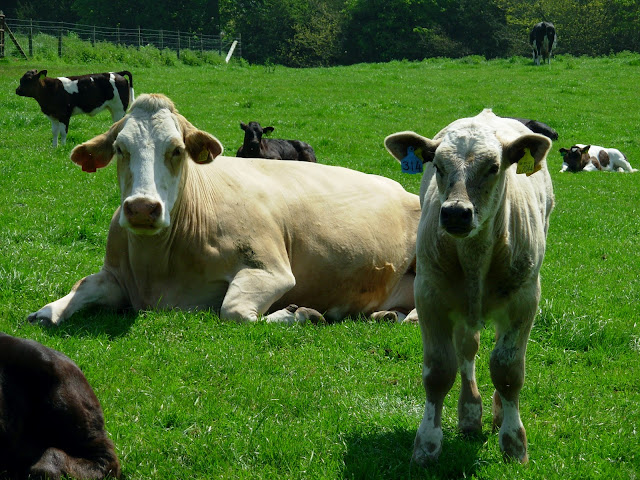 The cows seem to be enjoying this lovely spell of warm weather just as much as we humans are! 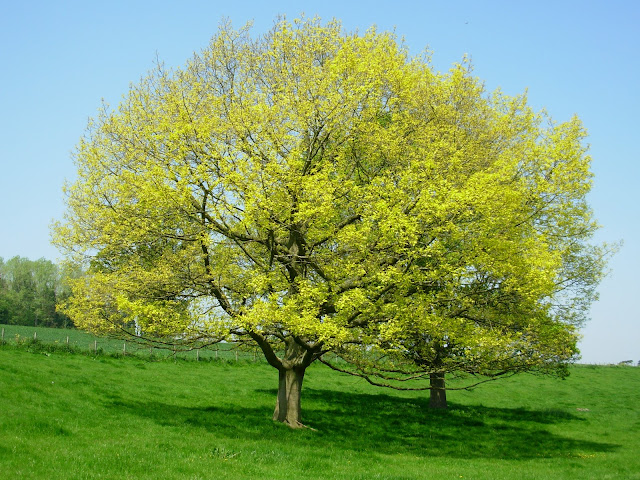 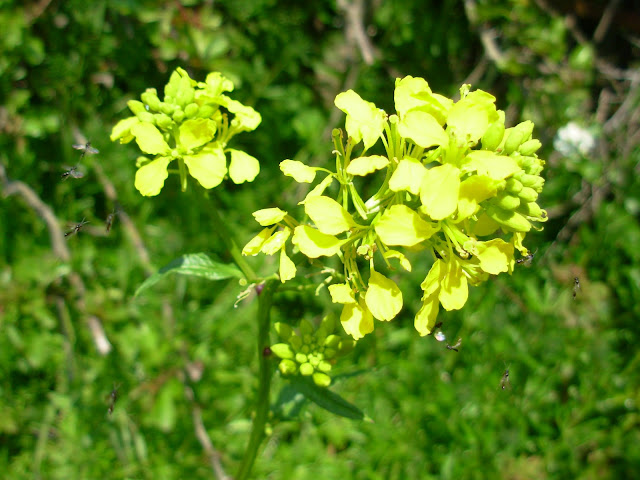 I really appreciate living amidst such wonderful countryside. 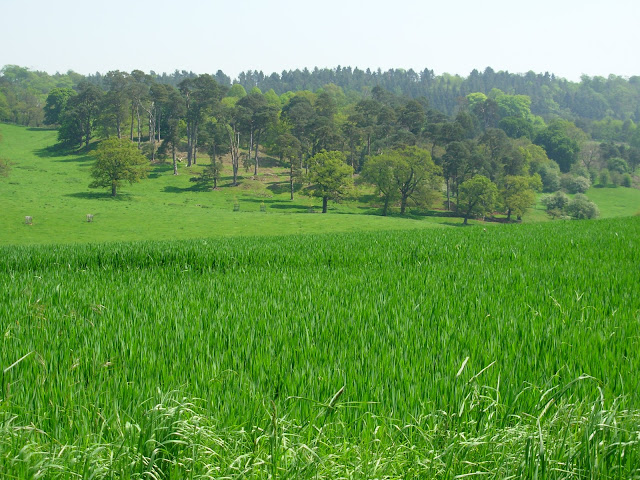 Another visit to Coalport China Museum.

As often as possible my neighbour and I  cycle along a nearby former railway track which has now been given national cycle network status.  In no time at all (because we chat all the way) we're in the heart of the collection of Ironbridge museums.  Every time we go we see something different and interesting! 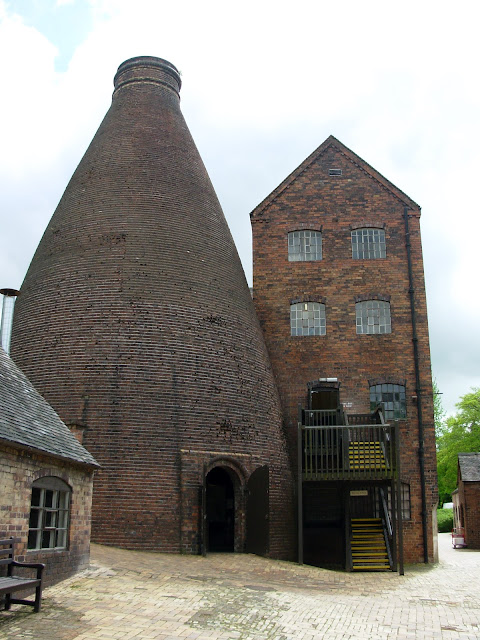 One of the bottle kilns.  Isn't it a wonderful shape! 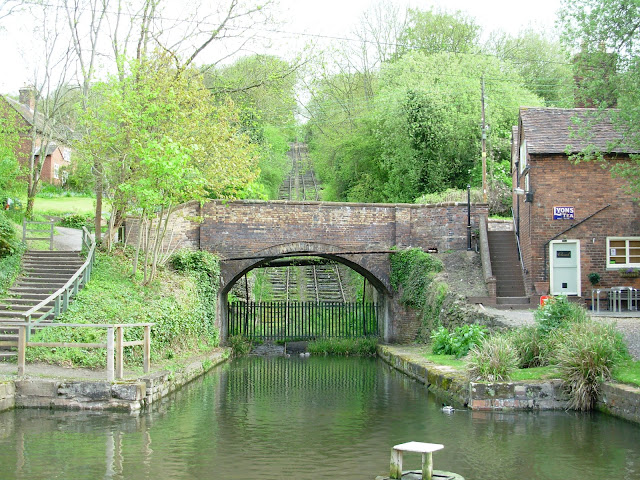 The Incline Plane was built to facilitate the movement of materials from the upper levels down to the canal and then onwards to the china works. 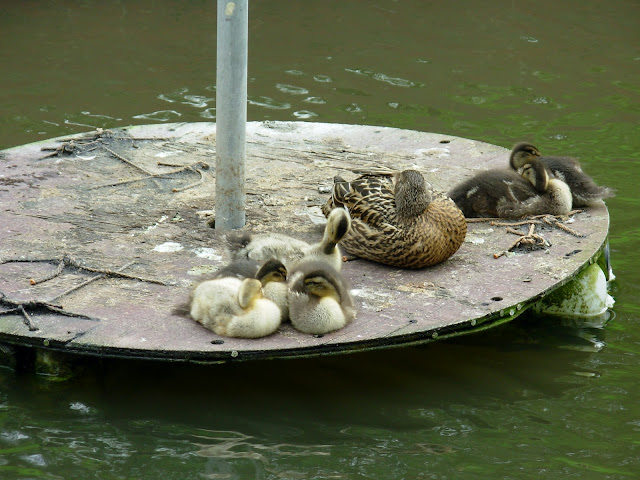 This family of ducks were enjoying the slightly warmer weather on their man-made island on the canal! 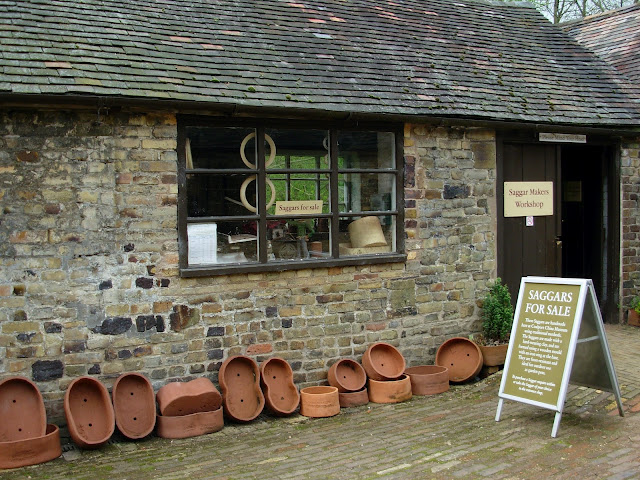 Items ready to be fired used to be carefully loaded into saggars which were in turn stacked into the huge kilns enabling many cups, saucers, plates, jugs, etc. to be fired at one time.
They are being produced nowadays to make lovely plant pots. 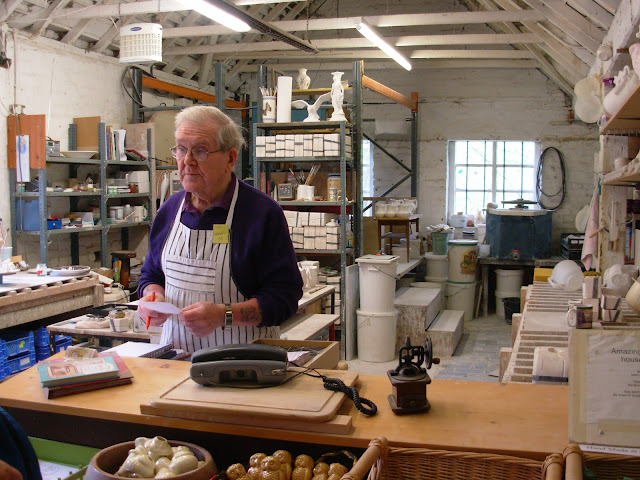 David in his workshop surrounded by the tools of his trade and works in progress.  The moulds on the steel shelving behind him are made of  plaster of Paris which gets its name from the fact that Paris or, to be more precise, Montmartre was the site where gypsum was found and used to make plaster.

There are resident potters at the Coalport centre and several displays of wonderful traditional pieces like these. 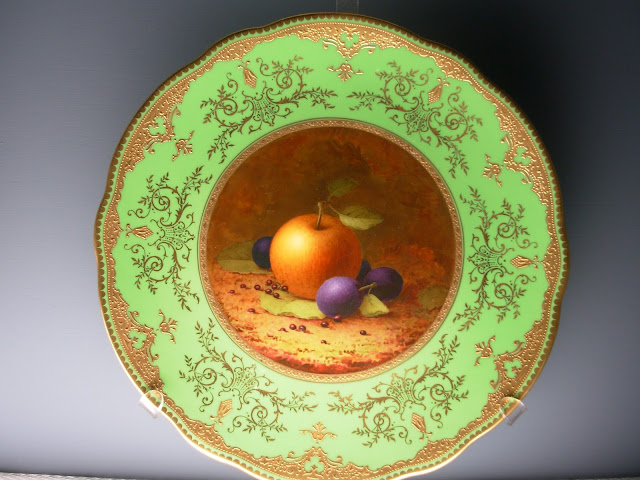 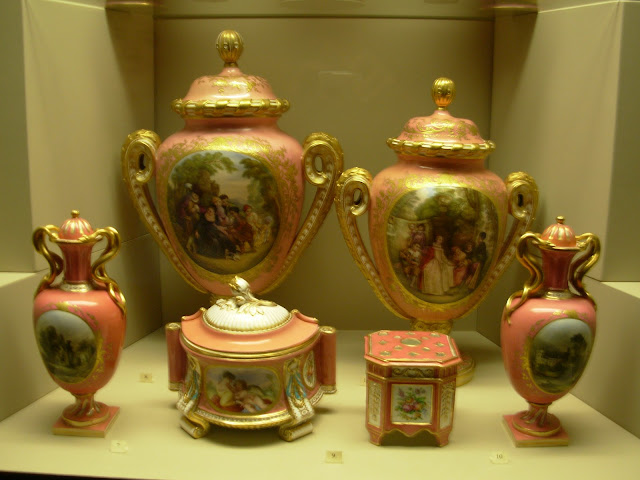 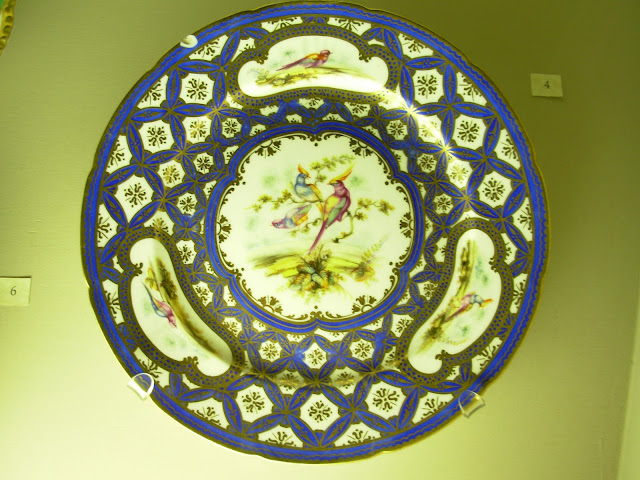 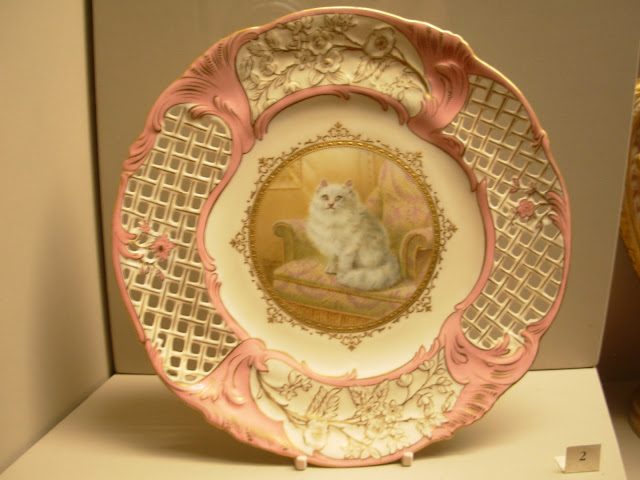 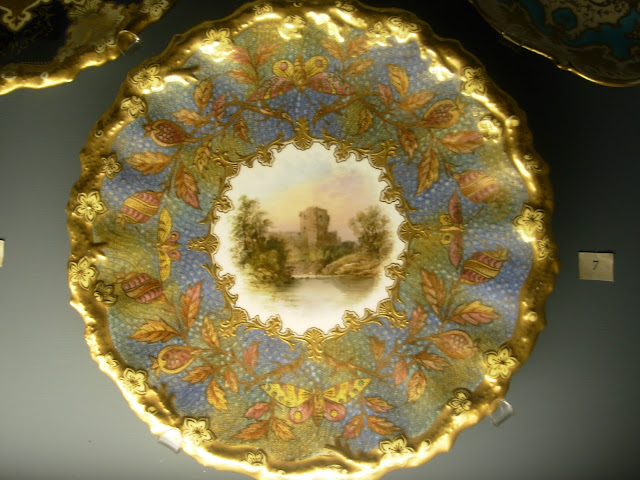 Following the recent paper waxing session I've been playing around with collages using both the positive and negative shapes as well as handmade papers in their original state to contrast with the waxed versions. 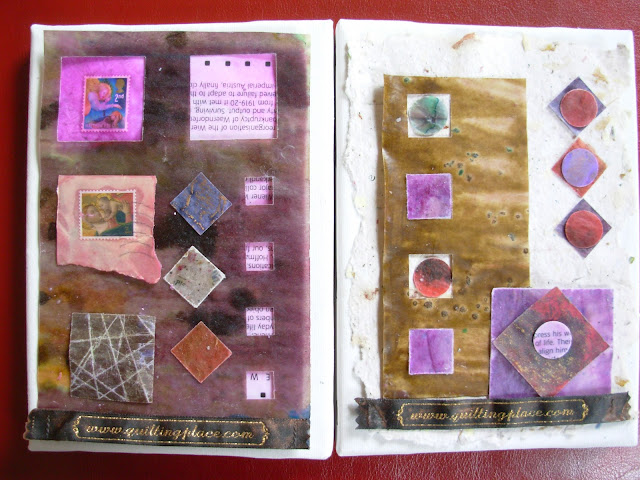 The elements will be stitched in place once I've decided on their final placement. 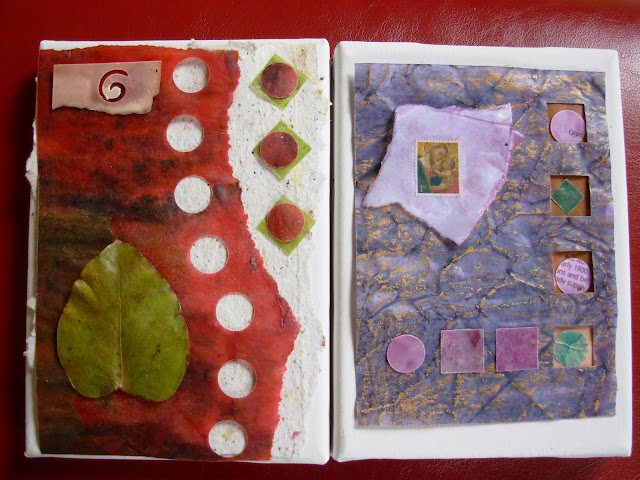 I've used a fine hand dyed thread to secure the shapes on this 'leaf' version.  I might try a thicker thread for the next collage. 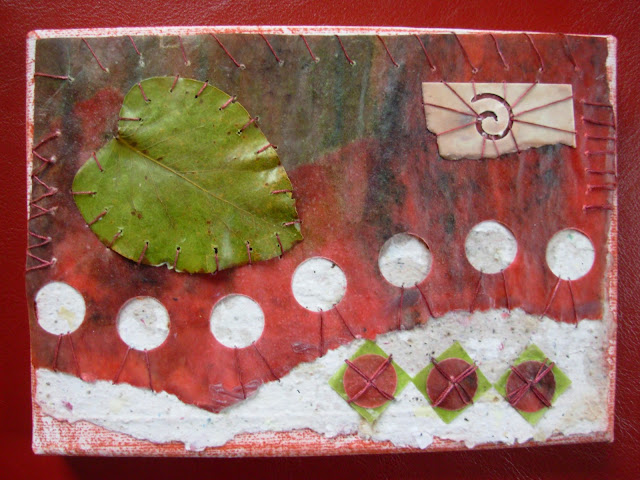 I spent a few hours with my sister and niece waxing a selection of papers from my collection of painted papers and ephemera. Brown paper bags and envelopes scrunched repeatedly and then flattened out leaving the creases to take applied colour work well. 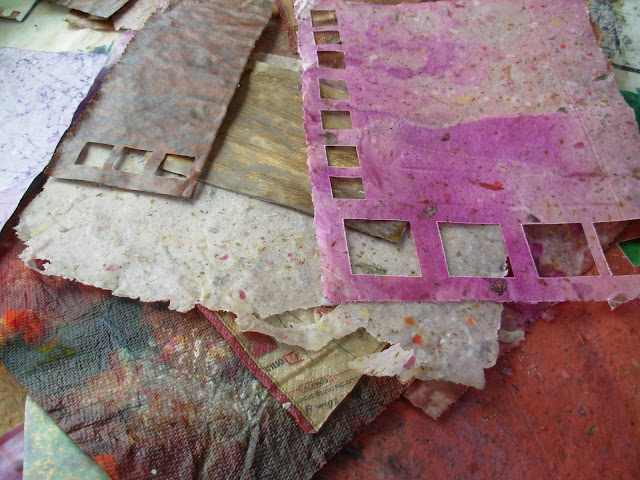 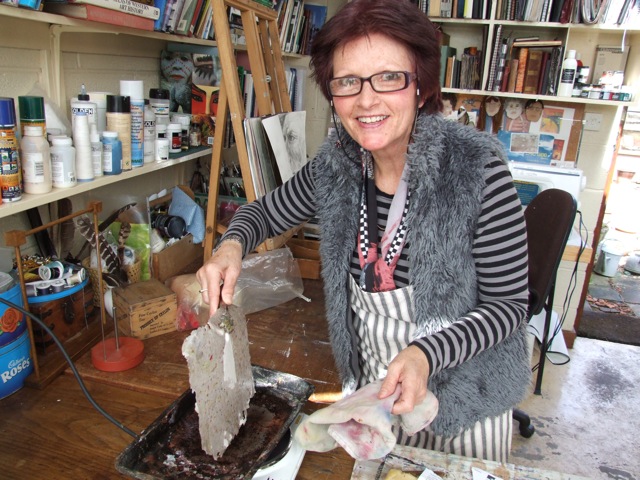 When I made this paper last autumn I added dried petals from the bouquets of flowers from my son's wedding.  It created lovely flecks of colour and the waxing process has really enhanced the colours at the same time as giving the sheets a gorgeous translucent quality. 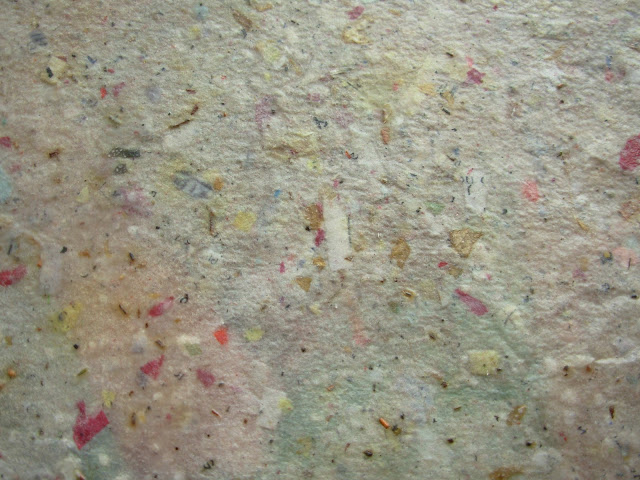 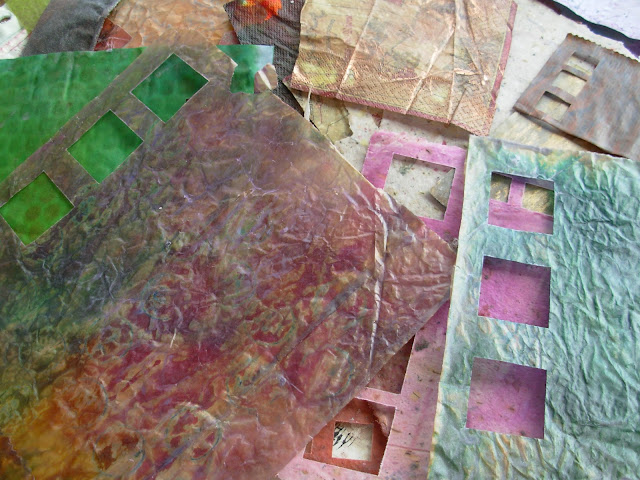 I've cut out a selection of squares, circles and triangles in different sizes ready for using both the positive and negative in collages. 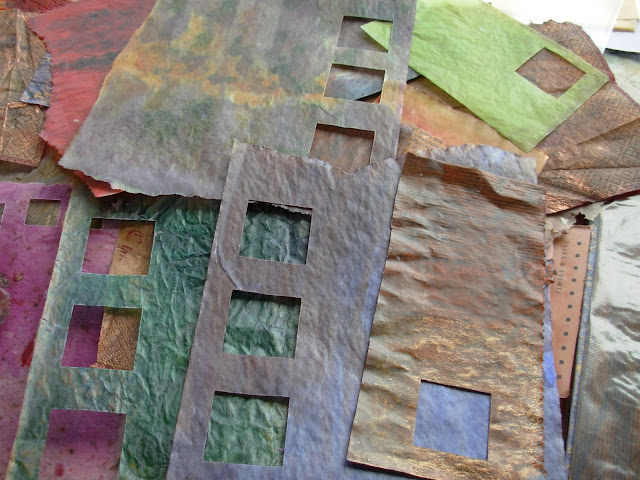 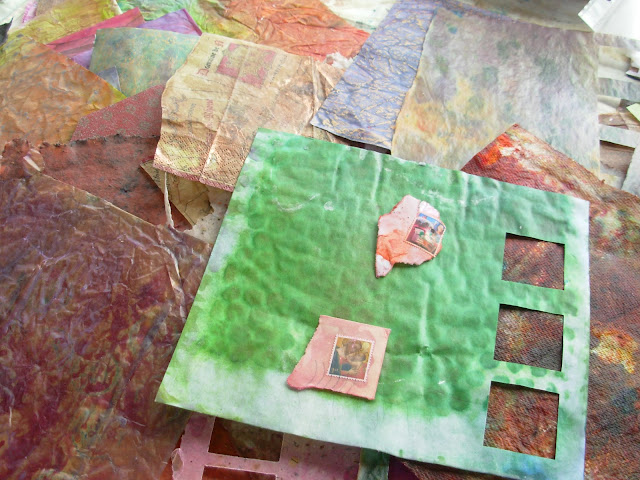 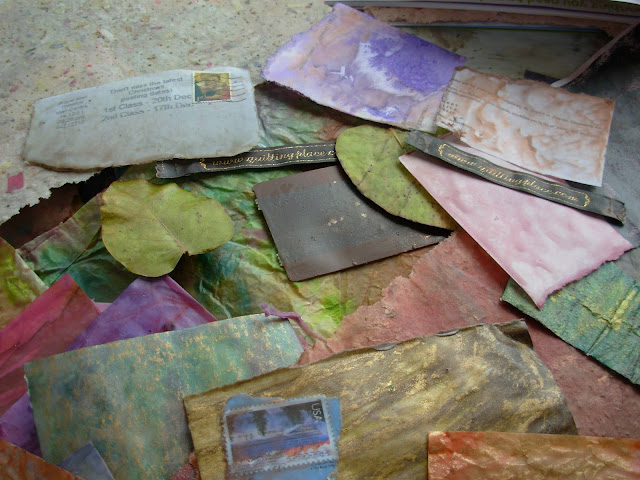 I think I have enough materials now to last me for a while!

I hope you enjoy my photos! 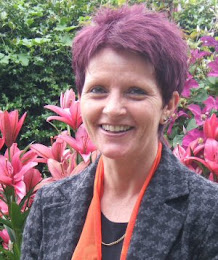 Other sites you may enjoy: